Koh Brothers revealed that a good mix of one- to three-bedroom apartments were sold. Image: Koh Brothers

Luxury residence Van Holland moved 10 units or 15% of its 69 freehold units at an average selling price of $2,975 per sq ft (psf) during its launch over the weekend.

Koh Brothers revealed that a good mix of one- to three-bedroom apartments were sold.

Expected to TOP in March 2023, the luxury development features two five-storey blocks with 53 units of one- to four-bedroom apartments ranging from 495 sq ft to 1,345 sq ft.

There is also a separate four-storey block, called the Exclusive Series, with 16 units ranging from 1,001 sq ft to 1,991 sq ft. These apartment units come equipped with private lift access. 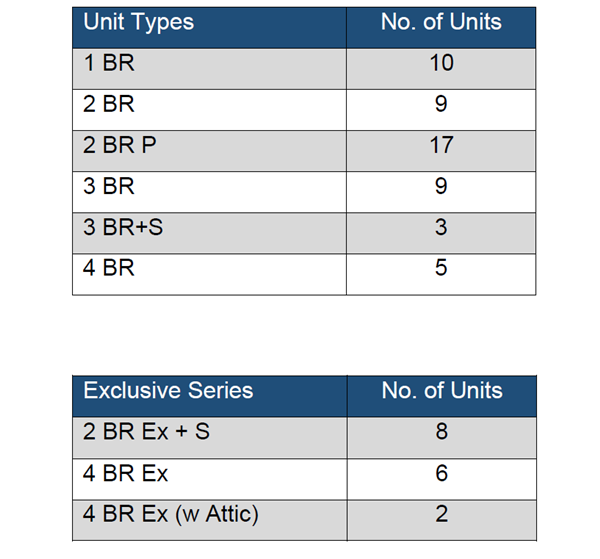 “We are deeply heartened by the warm reception that we received over the public launch weekend given that there were a number of other developments that also launched in the same weekend,” said Francis Koh, managing director and group CEO of Koh Brothers.

RELATED ARTICLE: The Avenir Vs The Iveria Vs Riviere: Battle Of The New Launch Condos In River Valley

He noted that most of the buyers were Singaporeans “who appreciate the fine attention to details for each home”.

“We have always built our developments around a lifestyle theme, and with Van Holland, we have carefully curated a luxuriant European concept. Selecting the finest marbles from Italy, as well as quality Italian sanitary fittings with Swarovski crystal and top-of-the-line German kitchen appliances from Miele, each Van Holland unit exudes a sense of opulence combined with an artistic touch.”

Koh added that the “careful attention to details extends to include a specially-built sheltered linkway that connects Van Holland’s residents directly to Holland Village and the MRT station”.

With unit prices offered from $2,600 psf, Van Holland’s showroom at Commonwealth Avenue (next to One Commonwealth) is open daily from 10am to 7pm.

Looking for a property in Singapore? Visit PropertyGuru’s Listings, Project Reviews and Guides.

Victor Kang, Digital Content Specialist at PropertyGuru, edited this story. To contact him about this or other stories, email victorkang@propertyguru.com.sg

You may have noticed today’s headline lacks my favourite word, “versus”. Now I usually prefer the sort of “X versus

Wing Fong Court condominium up for collective sale for $108m